With the invention of the computer, the internet, Local Area Network (LAN) connections, and the World Wide Web (WWW), the telecommunication sector never looked back.

The present-day telecommunication devices can connect with the world through voice or other forms of media. Therefore, it is not wrong to say that wireless digital technology has brought the world into our control.

It is just a matter of choice and preference. The evolution of telecommunication technology is leading to a positive change by making the consumers switch from wired to wireless connections and cloud storage.

It is typical of the customers to switch from one service provider to the other but the investors usually stick with one company until it no longer benefits them to the fullest.

Moreover, it is likely to boost productivity and the development of emerging technological powers.

There is no reason why investors should not take advantage of the current dynamic trends in the telecommunications market.

In conclusion, the biggest revolution in the world’s economy is brought about by the switch from analog to digital communication or the evolution of telecommunications technology.

If you are looking for an internet service provider consultant, our exceptionally knowledgeable professionals can advise you on the best options. At Out Source My IT, we offer Network Cabling, Telecommunication Cabling, Cable Wiring Repair, Data Cabling, Maintenance, and other related services. Reach out at 973-638-2722. We are operating in New Jersey.

The Importance of Managed IT Services for Businesses

6 Practical Reasons Why Businesses Should Opt For Mobile Device Management 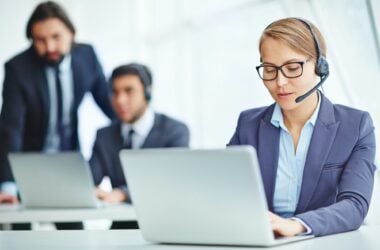 How Does Help Desk Service Benefit Your Business?

How Does Wireless Networking Help Businesses?

Man-Made Problems in the Digital World